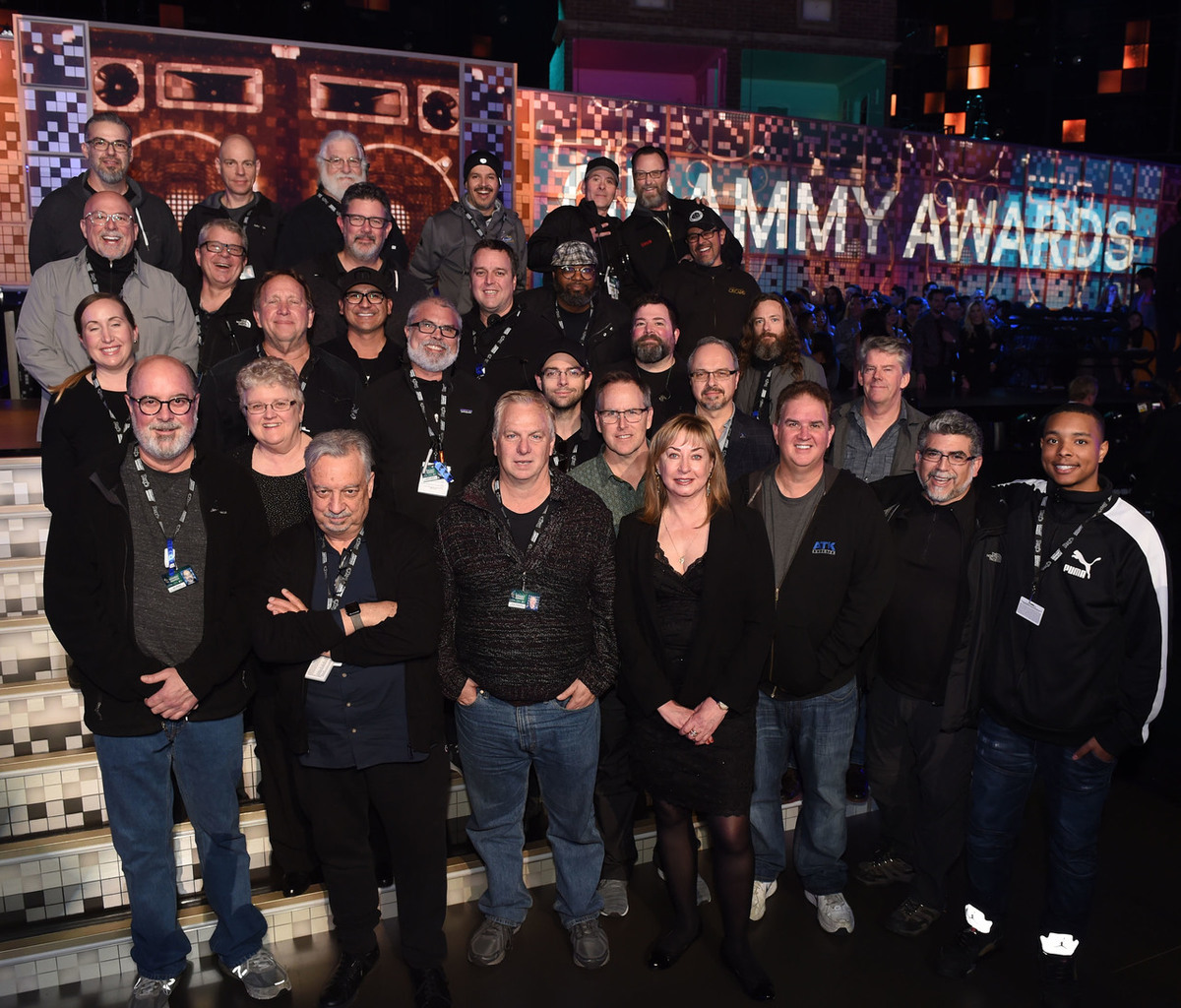 Only minutes before the start of the 61st Annual GRAMMY Awards®, members of the 2019 audio team gathered for a photo at the foot of the stage at the STAPLES Center in Los Angeles.

Held on Sunday, Feb. 10, 2019, the 61st Annual GRAMMY Awards® showcased an amazing collection of musical performances and tributes and utilized the latest in technology to provide television viewers worldwide with a cutting-edge, high-definition/5.1 surround sound event.

Photograph courtesy of The Recording Academy™/WireImage. © 2019 Photograph by Kevin Winter.

ABOUT THE RECORDING ACADEMY
The Recording Academy represents the voices of performers, songwriters, producers, engineers, and all music professionals. Dedicated to ensuring the recording arts remain a thriving part of our shared cultural heritage, the Academy honors music’s history while investing in its future through the GRAMMY Museum®, advocates on behalf of music creators, supports music people in times of need through MusiCares®, and celebrates artistic excellence through the GRAMMY Awards—music’s only peer-recognized accolade and highest achievement. As the world’s leading society of music professionals, we work year-round to foster a more inspiring world for creators.
For more information about the Academy and its Producers & Engineers Wing, please visit www.grammy.com. For breaking news and exclusive content, follow @RecordingAcad on Twitter, “like” Recording Academy on Facebook, and join the Recording Academy’s social communities on Instagram, Tumblr, and YouTube.