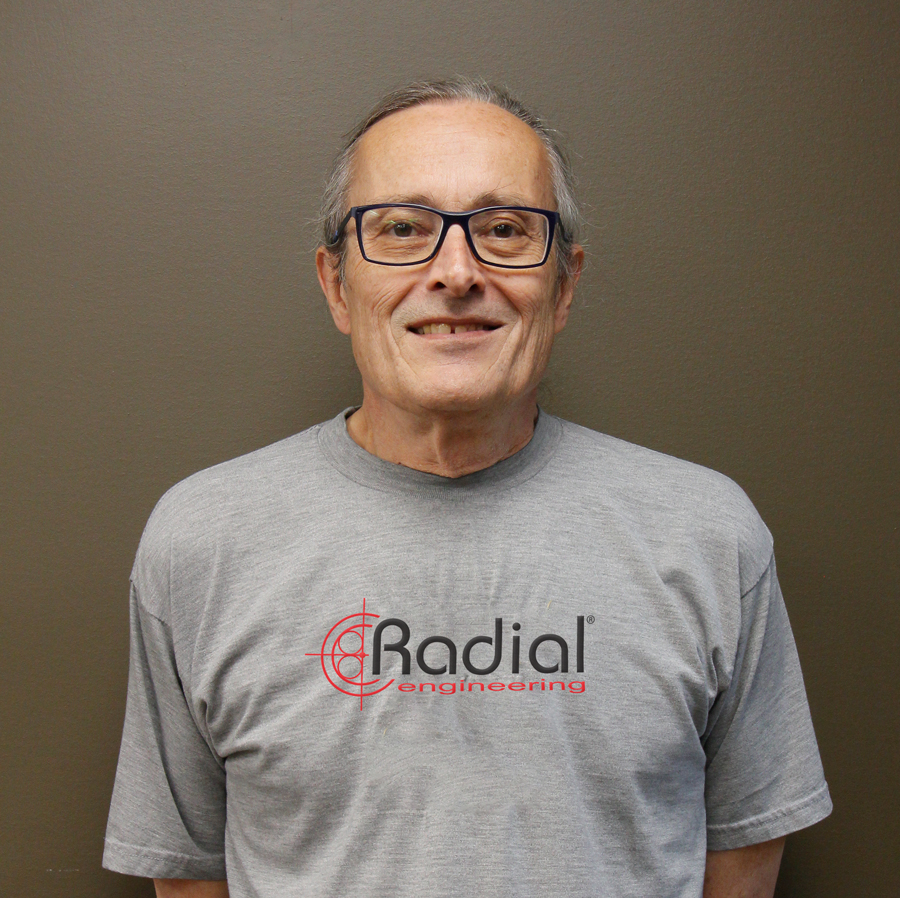 Radial Engineering is pleased to announce that Craig “Hutch” Hutchison has joined the company as a Senior Design Engineer. In this role, Hutch will be working with the engineering team and product management to develop the next generation of Radial Engineering products.

“Like many working professionals, Radial has been on my radar for over 20 years. I’ve always respected the products and their quality. I took special interest in the company when I heard about the Key-Largo keyboard mixer and the new leadership of Mike Belitz. The company is propelling forward and I’m excited to be working with new products that leverage the latest technology while meeting the needs of professionals.”

Hutch joins Radial Engineering with over twenty years of audio design experience. He began his career as a FOH mix engineer for the Guess Who and Burton Cummings. He later moved on to the Chief Engineer position at the world-famous Electric Lady Studios in New York. Eventually he found his way to Manley Labs, where he became the chief designer responsible for legendary products such as the Massive Passive EQ, Variable MU, SLAM!, VoxBox and more. After several years at Manley, Hutch was called upon by Rupert Neve to join the team at RND, where he spent 5 years working under Rupert on a variety of products. He has also consulted and designed for several other companies including Fredenstein, Adamson, SSL, A-Designs, Waves, and BAE.

The products that Hutch has designed in full or substantially contributed to have won over fifteen TEC awards with over twenty nominations. He is recognized as one of the world’s leading audio circuit designers, and we are excited and honored to have him join the team at Radial.