dBTechnologies’ VIO was the PA chosen for “Sanremo2019”, the 69th edition of the Festival of Italian Song. For the second year in a row, RAI (the Italian national public broadcasting company) technical team relied on dBTechnologies to guarantee quality sound coverage for one of the most awaited and popular events amongst Italian TV shows. 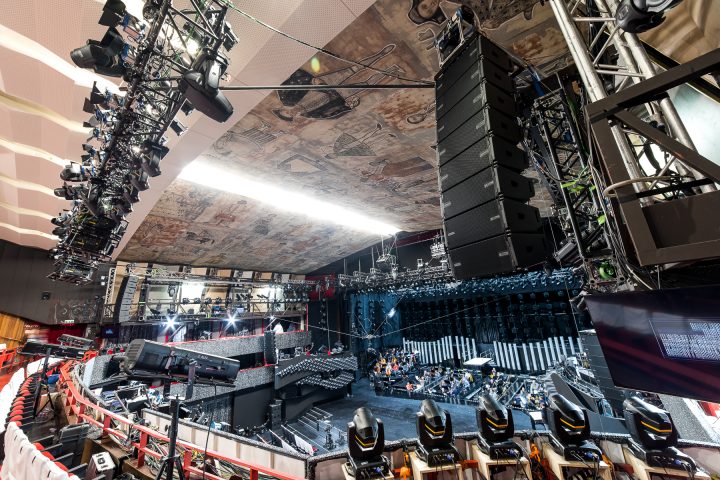 The backdrop to the spectacle is the Ariston Theatre in the town of Sanremo, famous for its flowers and landscape beauties, which is probably the most famous theatre in Italy. Built in the ’60s, it was long considered a majestic structure, amazing for the technology adopted at the time of its construction; today the Ariston is considered a natural habitat for the national and international jet-set, as well as a true icon of Italianism in the world.

In fact, the Sanremo Festival is the most important music festival of Italy, bringing on stage celebrities of the Italian pop scene such as Andrea Bocelli, Zucchero, Eros Ramazzotti, Renato Zero, Laura Pausini, Nek; alongside with international stars such as Queen, Eminem, Robbie Williams, Luis Fonsi and many other, who stepped on the stage to present themselves to the Italian audience all along the Festival’s history. 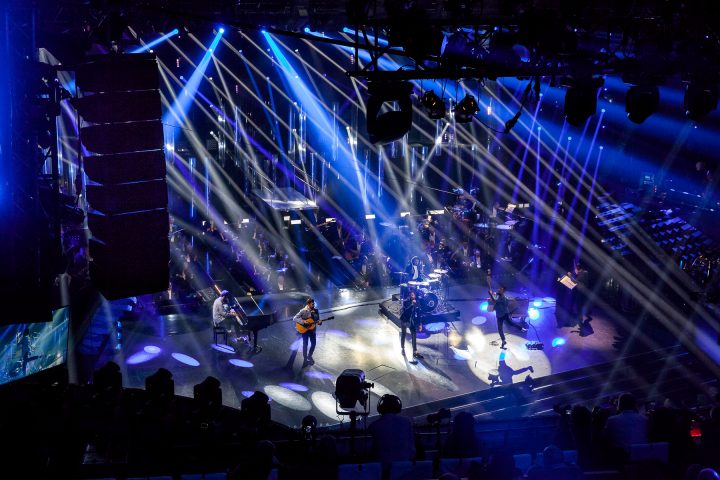 The Festival is broadcast every year on RAI 1, most important channel of the Italian national TV network and is the symbol of tradition and musical innovation throughout the country and the world.

The extreme versatility of VIO L210 allowed an articulated and complex composition that took into account the particular architectural features of the venue, including galleries and corridors and the “red carpet” area. 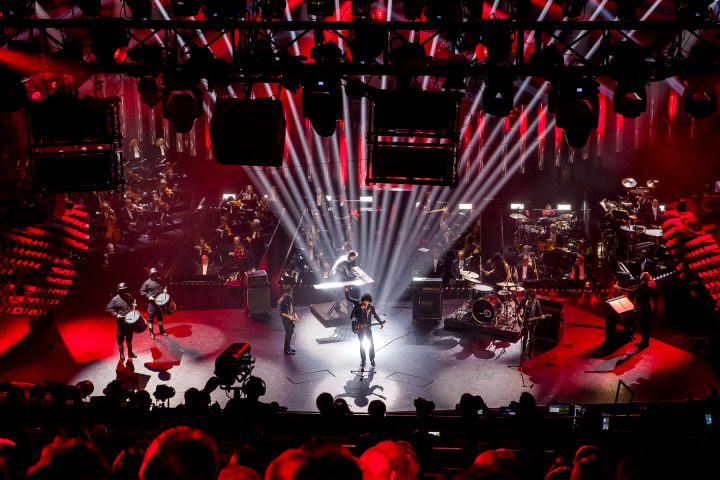 The 69th edition of Sanremo Festival brought to the stage of the Ariston Theatre twenty-two popular artists plus two winners of the “Sanremo Giovani” contest, who challenged each other under the gaze of millions of spectators and a very attentive jury, which examined about three hundred nominations to privilege artists with a defined and recognizable artistic identity.

The show was conducted by actress Virginia Raffaele and the multifaceted comedian-humorist Claudio Bisio, together with famous italian singer and Artistic Director of the Festival Claudio Baglioni: a major artistic and media event that in the last saturday night episode recorded an overall average of 10.6 million viewers with a share of 56.5% audience.

The success of the VIO Series is supported by the choice to use the same set up also for Sanremo Young, a tv show set at the Teatro Ariston and dedicated to the youngest talents which will be broadcast live for 5 weeks in a row starting from february 15th.