Recently, a drummer based in Corvallis, OR posted an Instagram video detailing all he had been through in his quest to protect his hearing, deal with his tinnitus, and hear his monitors. Because Sensaphonics was mentioned prominently and positively, a heartfelt 3-minute video from Zachary “Lil’ ZeKe” Bauer – A Sensaphonics customer – came to our attention.

It all started with a gun-shooting accident on a camping trip, before he became a drummer. Basically, a gun went off close to Lil’ ZeKe’s head, and the trauma triggered severe tinnitus. As a result, he now hears two different tones constantly. He sought medical help, but nothing would stop the noise. That was nearly four years ago.

“Life got very dark for me,” he relates. “I stopped going out with my friends and tried to avoid the noise. All my doctors were very negative. Eventually, I just decided that if I was going to lose my hearing, I was going to do what I always wanted, which was to play the drums. Crazy, right?”

So Zach – a cello player in high school – bought himself a drum kit, teaching himself for several months before connecting with a local percussion teacher, Larry London, for lessons. Now, after nearly four years, Zach is Lil’ ZeKe, practicing constantly, teaching drums to kids at his Lil’ ZeKe’s Drum Skoo, and posting the occasional Instagram video.

In his hearing video, Lil Zeke shares his experience in searching for the perfect hearing protection, including several products that did not work for him. He concludes by saying that he found his answer with Sensaphonics in-ear monitors.

“I did the video out of love, just speaking my truth after all I went through with my hearing,” he says. “I did the research, and Sensaphonics was the one company that had a focus on hearing. I tried a lot of products, but nothing else gives me the 37 decibels of protection like my 2MAX. They go deep in the canal so a long-haired, heavy-headed person like me can use them all day. They don’t stop the tinnitus, but they do let me play drums when nothing else worked.” 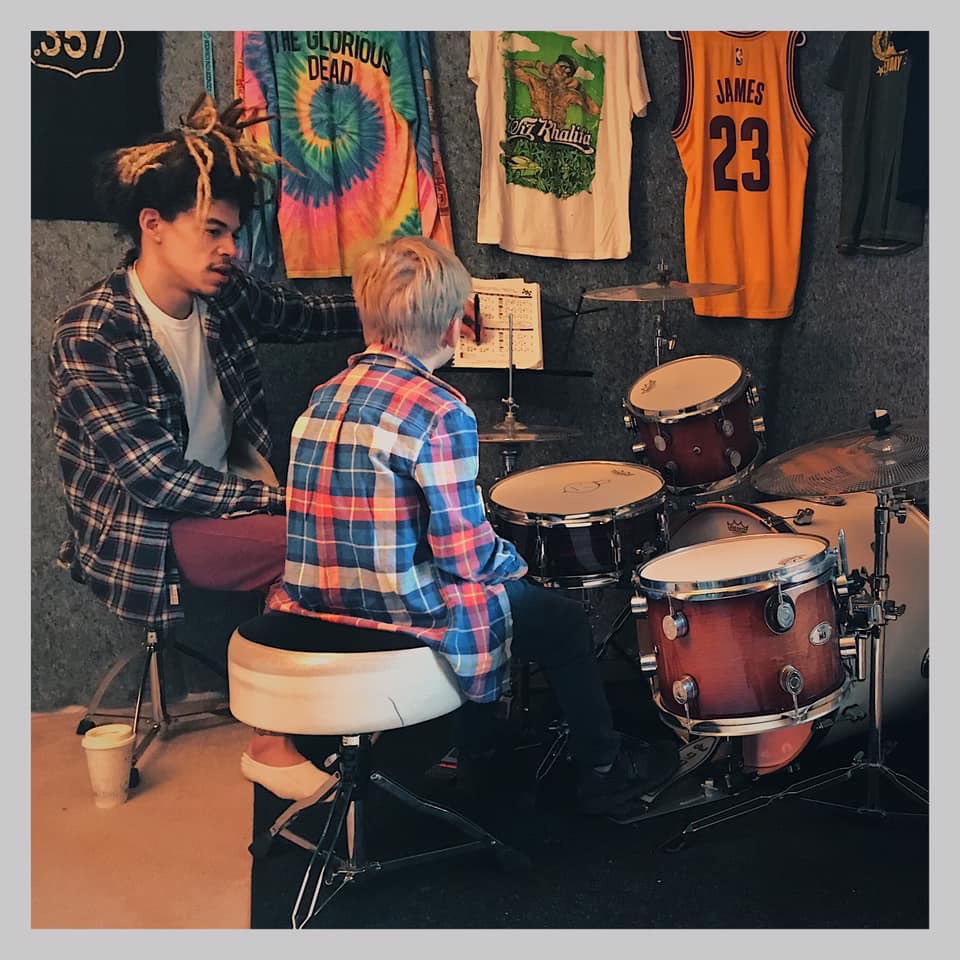 While getting the right product for his own needs was his focus, it was Lil’ ZeKe’s experience with Sensaphonics that left such a positive impression. “Right from the beginning, you guys took my issues seriously, even though I’m just a small-time drummer,” he says. “You answered my questions, figured out the problem, and educated me along the way. I love the fact that you guys treated me like family. You replaced my stress about hearing with trust, which means a lot to me personally.”

It also inspired Lil’ ZeKe to raise awareness of hearing health in the music community. “Going out to shows, now I really notice all the people playing without any hearing protection,” he observes. “After my own experience, I don’t want anyone who plays music to have it taken away, so I wanted to kind of shine a light on this issue. Making that video was a super fun way to do that. I got to be my goofy self and speak some real truth about something important.”