During the opening Breakfast of Champions session at The 2019 NAMM Show, Nancy Wilson, the celebrated guitar virtuoso and co-founder of seminal rock band Heart, was presented with the National Association of Music Merchants (NAMM) “Music for Life” award. The award honors pioneering artists who, through their careers and artistic expression, have inspired others to pursue a more musical world.

The award was presented by NAMM President and CEO Joe Lamond, who introduced Wilson with a tribute to her pivotal role in helping to redefine women in rock music, and a legacy of music at the top of the charts: “She is a guitar pioneer, a songwriting pioneer, a legendary singer, a film composer, a Rock ’n’ Roll Hall of Fame inductee, and has done so much to advance the cause of music-making. And for those reasons and many more, we are honored to recognize her today.” 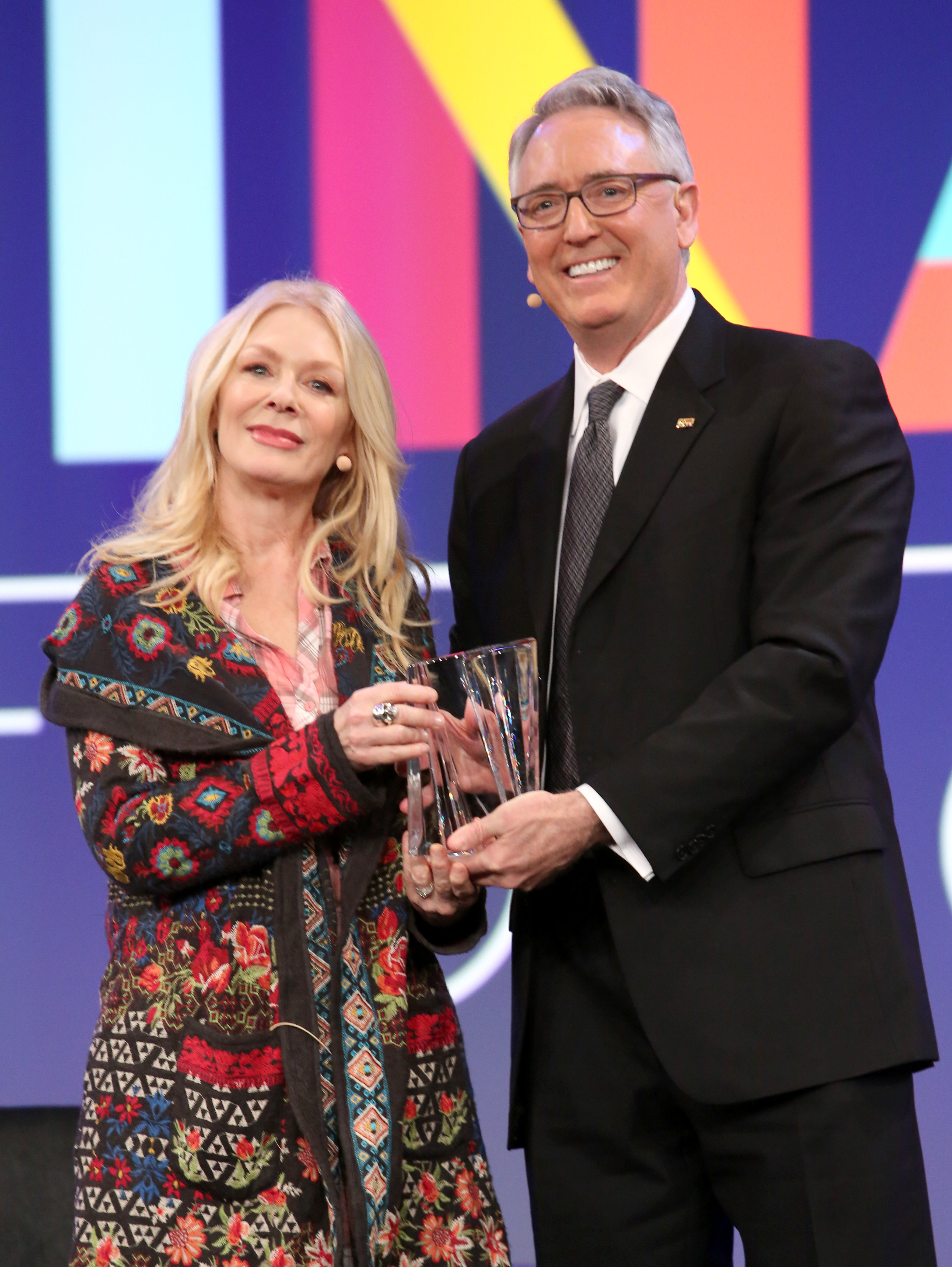 Nancy Wilsonspoke of her early inspiration: “As a kid, when the Beatleshappened, it was a lightning bolt that struck us and we were driven to have guitars, to write songs, to be in a band and get up on stage and to just turn it up. We had the work ethic of go get ’em and to not take no. We just went and did it.”

Wilson also fondly remember her childhood music store: “There was a little music store I could walk to called Band Stand East near Seattle; it was a mom and pop. They had really good guitars and I got to hang around and play them.”

Wilson is celebrated as one of the seminal musicians in the history of rock ’n’ roll from an era when female-fronted acts were scarce. Nancy and sister Ann helped carve out a place for women on the stage and at the top of the charts in the multi-platinum rock group Heart. An ingenious guitar player, gifted vocalist, and songwriter, she has co-written a collection of unforgettable songs that have earned their way into the classic rock canon, including “Magic Man,” “Crazy on You,” “Barracuda” and “Straight On.”

Together, Nancy and Ann Wilson have gone on to sell 35 million records over the course of their career, and nearly 35 years after their first big hit, Heart was back in the Billboard Top 10 in 2010 with the Red Velvet Car album and a Top 5 DVD, “Night at Sky Church,” which documented the act’s return to their hometown of Seattle. In 2012, Heart released Fanatic, spawning two hit singles (“Fanatic” and “Dear Old America”) and debuting in the Billboard Top 25. The band also released a comprehensive CD box set entitled Strange Euphoria filled with rarities and previously unreleased treasures that were met with acclaim from critics and fans alike. In 2012, the pair were inducted into the Rock ‘n’ Roll Hall of Fame. Later that same year, Heart received a star on the Hollywood Walk of Fame

Nancy has also built a successful career as a film composer. Her composing credits include scores for top-grossing films, including Say Anything…, Jerry Maguire, Almost Famous, Vanilla Sky and Elizabethtown, for which she has received several critic nominations.

The “Music for Life” award is NAMM’s highest honor and recognizes individuals or organizations that exemplify NAMM’s vision of music making as a precious element of daily living for everyone. Past recipients have included business leaders, public officials, and musicians, including Graham Nash, Stevie Wonder, Yoko Ono, Henry Mancini, Smokey Robertson, Robbie Robertson and, in 2018, Bob Weir. It is awarded each January during the global music products gathering, The NAMM Show, held in Anaheim, California.

Neo Instruments Goes to the DRIVE IN